The 10 Highest-Earning Oil and Gas Companies in Algeria

The 10 Highest-Earning Oil and Gas Companies in Algeria

Oil and gas exploration is unquestionably one of the most difficult and expensive jobs on the planet. Most oilfields are located in geographically remote areas, and the logistics required for extracting, processing, and transporting petroleum products are incredible. That is why only a handful of companies can enter this challenging industry. At Afrikta, we have decided to look into the major oil and gas companies operating in Algeria. Because it is among the largest oil and gas producers in Africa. It has proven oil reserves of 12.2 billion barrels. Here is the list of the top 10 highest-earning oil and gas companies in Algeria. To be fair, the list does not include the national oil company Sonatrach.

Schlumberger Limited is a multinational oilfield services company with around 160 nationalities working in over 120 countries. Also known as SLB the firm creates cutting-edge solutions to assist the global energy business in becoming more efficient and sustainable. Schlumberger’s operations include drilling, testing, completing, pumping, and cementing wells. It is one of the best oil drilling companies in Algeria.

The Halliburton Company is an American global corporation. It is the world’s second-largest oil field service firm and one of Algeria’s top oil and gas companies. The company employs around 40,000 people and operates in over 70 countries, with hundreds of subsidiaries, affiliates, branches, brands, and divisions. Halliburton specializes in providing upstream oil and gas operators with a wide range of products and services. It is one of the best oil and gas services companies in Algeria that helps its customers in many areas. For instance, managing geological data, drilling, and optimizing oil production.

Eni S.p.A. is an Italian multinational oil and gas company headquartered in Rome. AGIP, established in 1926 to explore oilfields, acquire, and sell oil and derivatives, launched ENI in 1953. Eni has had a presence in Algeria since 1981, with a 95,000 barrels of oil equivalent per day equity production. According to Worldometers, the Algeria oil production ranking is 16th in the world Eni is now Algeria’s most important multinational corporation. Apart from oil and gas extraction, the corporation is also involved in the oil refinery, chemical production, and power generation.

TotalEnergies, a French international energy corporation formed in 1924, develops and markets a wide range of energy products on a global scale including oil and biofuels, natural gas, greenhouse gases, renewable energy, and more. The company is the major oil and gas EPC in Algeria. Its businesses cover the entire oil and gas chain, from crude oil and natural gas exploration and production to power generation, transportation, refining, petroleum product marketing, and international crude oil and product trading.

Anadarko Petroleum Corporation is among the American oil companies in Algeria that focus on hydrocarbon exploration and production. Occidental Petroleum, an American business engaged in hydrocarbon exploration and petrochemical manufacturing in the United States, the Middle East, and Colombia, purchased the company in 2019. On the Fortune 500, the company ranked 167th, while on the Forbes Global 2000, it ranked 669th.

Sinopec, also called China Petroleum & Chemical Corporation, is a Beijing-based Chinese oil and gas company. It has a Hong Kong stock exchange listing and trades in Shanghai and New York. Sinopec Algeria’s parent company, Sinopec Group, is located in Beijing and is the world’s largest oil refining, gas, and petrochemical conglomerate. Its operations include oil and gas exploration, refining, and marketing. Additionally, there are petrochemicals, chemical fibers, chemical fertilizers, and other chemical goods manufacturing and sales.

CPECC (China Petroleum Engineering & Construction Corporation) is a subsidiary of China National Petroleum Corporation (CNPC), specializing in oil engineering, construction, and lump-sum contracting. It has become CNPC’s most prominent subsidiary in international and domestic petroleum projects. CPECC employs 33,000 people from all over the world who work in 76 countries. CPECC Algeria is one of the top oil and gas companies in Algeria.

The giant British Petroleum (BP) has invested massively in Algeria for about 30 years. The firm assisted in constructing two major gas projects such as the In Salah Gas and In Amenas, which represent around 15% of Algerian gas exports. In addition, BP Exploration Algeria offers a variety of social development activities in Algeria that focus on education and health. It is the first foreign energy organization to join the Algerian National Olympic and Paralympic Committees as a social partner in 2019.

Shell Plc is a multinational oil & gas and petrochemical firm. In 1928, the international company began operations in Algeria, supplying fuel and lubricants to the automotive and aviation industries. Shell Oil Algeria now focuses on onshore exploration and lubricant distribution to the country’s booming retail and industrial markets.

Gazprom is a global energy enterprise that focuses on geological exploration, production, transportation, storage, processing, and commercialization of gas, gas condensate, and oil.  The company is one of the major international oil companies in Algeria that has an exploration & production project in the Berkine oil-and-gas-bearing basin’s El Assel area. Additionally, four gas and oil fields have been discovered in the area. They’re all currently prepared for development. Today, the Algerian oil industry is booming, thanks to these multinational companies. 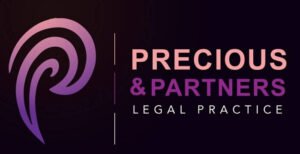 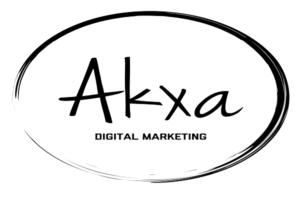 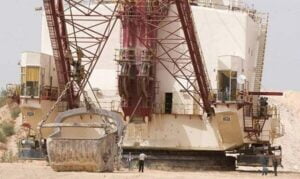 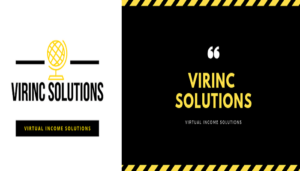 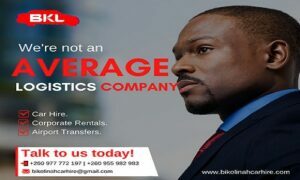 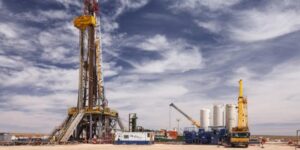 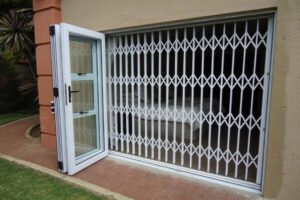